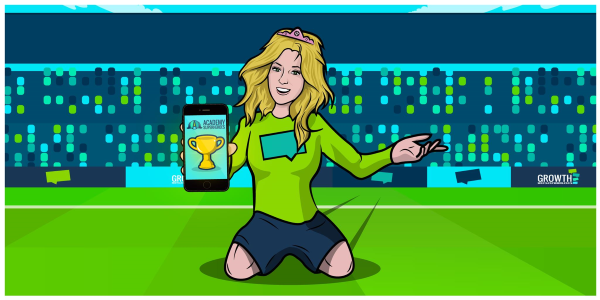 Both my personal ethos and my approach to business has always started and ended with the idea that we should, above all, strive to be happy. None of us can live forever, which means we have only one chance at this thing called life. We either live it now, or waste it. We have a duty to ourselves to be the best, most authentic person we can be. From a business perspective, we as leaders should recognise that companies have a role to play too. In this installment, I will be exploring the role happiness at work plays in keeping your team motivated and engaged.

In a major study of emotions in social groups, Harvard professors Alison Hill and David Rand found that the emotional states of people spread like infectious disease through connected groups like friends, families, and co-workers. The research also found that the rate of transmission of negativity is much higher than that of positivity. A happy friend increases the probability of someone having personal happiness by 11%, while a sad friend doubles the risk of a person experiencing personal unhappiness. Your workforce can be viewed through the same spectrum. If unhappiness is a contagion, it is one that can spread to a sizeable proportion of your workforce. And it can start with just one person.

The average adult who works from the age of 18 to retirement will spend approximately 92,120 hours at work over the course of a lifetime. Imagine if you had to spend this much time engaged in work you didn’t enjoy? Imagine how demotivating, how depressing that would be. Now imagine that this unhappy person was a part of your team. Even without significant research to back it up, it stands to reason that this person will have a negative impact on the states of mind of his co-workers. On the flipside, the study found that happiness (or positivity), though less transmissive than negativity, also has a flow-on effect.

Why is this important? Put simply, negative states of mind in your workforce are costing your company a lot of money. Unhappy employees take, on average, 1.25 sick days a month, which equates to 15 days annually. Compare that with happy employees who take approximately 5 sick days a year. A survey by PwC in 2013 found that the UK economy loses £29 billion every year to sick days and other absenteeism, which equates to £967 per full-time worker. In the US, the problem is much more pronounced. According to research by Forbes magazine in 2012, the bottom-line cost to the US economy of absenteeism is $576 billion (£374 billion) per annum, or $4,800 (£3,100) per full-time employee. This is a staggering thirteen times greater than UK numbers, even though the population of the US is less than five times greater.

How Do We Tackle This Problem Of Infectious Disengagement?

Going back to Rand and Hill’s study, it was suggested that the answer to controlling negative emotional contagion from your peer group was not to get new friends. ‘The better solution,’ Rand concludes, ‘is to make your sad friends happy.’ The same logic can be applied in response to negativity or ‘sadness’ in your workforce. The best antidote for disengagement – whether that’s just a single employee, or many – is not to find new employees, but to make your sad employees happy. There is where the idea of having fun at work comes in.

There has been a lot of research into the importance of having fun at work. After all, 92,120 hours is a very long time to be miserable. In his study, It Pays to Play, Cary Cooper, Professor of Organisation Psychology and Health at Manchester University, concluded that ‘being connected to, and excited about, your role at work is an important aspect of people’s ability to be happy, healthy and productive’. His research also revealed that 62% of employees who had taken no sick days in the last three months had experienced some form of fun in the workplace, compared to 38% of those who had not. Fun in the workplace also helps to build relationships, increases productivity, and encourages creativity and greater innovation. To a young child, there is no differentiation between fun and work. To them, fun is learning and learning is fun. Perhaps as adults we should think of fun at work in similar terms. If ‘it pays to play’, then it is absolutely imperative for leaders to introduce fun into the workforce.

The main problem faced by leaders is the fact that very idea of ‘fun’ is inherently personal. Fun means different things to different people; in fact, what you consider to be fun might well be torture for others. Also, the widening generation gap within your workforce will highlight different views of the concept of fun at work.

When managing generational differences in this respect, however, it’s worth bearing in mind that the chasm may not be nearly as wide as it initially seems. In reality, the idea of having fun at work is not a new idea ushered in by Generation Y; it is just the interpretation of what fun actually is that has changed. Before the credit crunch brought a lot of corporate entertaining crashing to a halt, baby boomers and Generation X had fun at work by networking over long, boozy meals which were charged to the ubiquitous corporate Amex. Those days are now largely in the past, and the idea fun at work has simply shape-shifted, and now tends to involve team-building games and activities. As Lindsey Pollack, a thought leader on millennials in the workplace, writes, ‘The ping-pong table is the new three-martini lunch; free snacks are the new expense account dinner; casual dress is the new power suit’.

So, given the high degree of subjectivity associated with it, and varying attitudes to it, how can leaders bring fun into the workplace? Forcing your people to participate in a specific kind of fun may only serve to alienate those within your team who can’t relate to the particular kind of fun you have chosen. As such, this approach can be extremely counterproductive. The answer lies not in imposing fun, but in fostering a permissive attitude to fun within your organisation. Rather than providing fun, leaders should simply create a positive work environment which is conducive to fun. Allow your team to be creative, empower them to use their own initiative, and give them the freedom to express themselves. By giving your people permission to have fun, in whatever way they interpret the concept, you will most likely find that spontaneous and different kinds of fun will be the result. And if your employees enjoy their time at work, it will not feel like work – instead, it will feel more like an extension of their lives. It’s worth remembering what Branson once said, ‘I don’t think of work as work, and play as play. It’s all living.’ It is, after all, a philosophy that has worked for him, isn’t it?