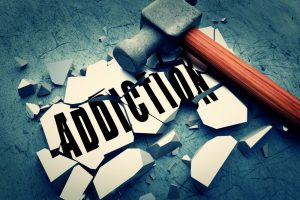 Nick Bramley, now Director of Impact (CEO) at IMPACTUS Group recently worked one-to-one with Stuart and the story below is an inspiration to us all…..

Stuart Parr has had an adult life blighted by drug addiction from the age of 17.  He is now 47.  He has had numerous relationships break ups, been on the run from the law, had a spell in prison, been involved in petty theft to fund his habits and on more than one occasion, spiralled from heavy drug user to drug dealer.

His adult life has been a dangerous cocktail of dark places, liaisons with criminals, drug highs and incredible life lows.  He has had and lost many jobs, crashed a lot of cars, been threatened by drug gangs in various cities and on three occasions, girlfriends have tragically lost babies through miscarriage, all connected in some way to Stuart’s drug filled lifestyle.

His rollercoaster of a story makes for salutary reading and would make a great script for a powerful film or documentary.  And yet, he is still here!  Moreover, he has now been clean for 12 months and is in the middle of creating a vehicle for sharing his story to hopefully benefit others.

Stuart will readily admit to having had a number of sober and clean periods in his adult life, but each one was punctuated by some kind of environmental, relationship or circumstantial situation that meant his sobriety did not last – this time it’s different.

Stuart has written a “script” of his life story, warts and all, not seeking pity or forgiveness and not full of self-pity either.  It is frank, honest and powerful.

Nick Bramley, then Head of Business Development at World Wide Pictures and World Wide Training worked with Stuart to help shape his raw story line into a structured, inspiring presentation format that can be delivered to a variety of audiences, each with a different expectation and perspective, but each likely to be hooked.  We have also worked with Stuart on managing a series of Q&A sessions which inevitably follow his presentations.

Stuart is already working as a Volunteer at Foundation in Wakefield, West Yorkshire – responsible for re-housing and supporting homeless people and Leeds University Drug & Alcohol Department, sharing his story with social worker students and the wider student body.  He has also worked with Stephen Eacups at W.R.D.S.   Stephen really inspired Stuart to turn his life around.

His ambition is to now work with young people through schools, colleges and youth groups, more Universities to widen the net of education and of course, pre-graduate social work students to help them to understand some of the environments which they will encounter post-graduation.

With Nick’s help, his presentations will inspire, engage and educate across the audience mix and Stuart will achieve one of his ambitions – to give something back to his community.  He would also like to help people to understand some of the real dangers of a life on and around drugs and to hopefully help them to make some good choices, but he will not preach!

His story is both moving and inspiring and he will be a great success as a speaker.  Nick is delighted to have worked with Stuart and wishes him the very best for a very successful and clean future.

Stuart is available for presentations if you have a group that would benefit from hearing his story.  You will not be disappointed.

IMPACTUS Group is a Group of Individual Companies –

All registered in England.